Supported by PRIM in the context of the LUX residency
with Main Film, Vidéographe and Oboro 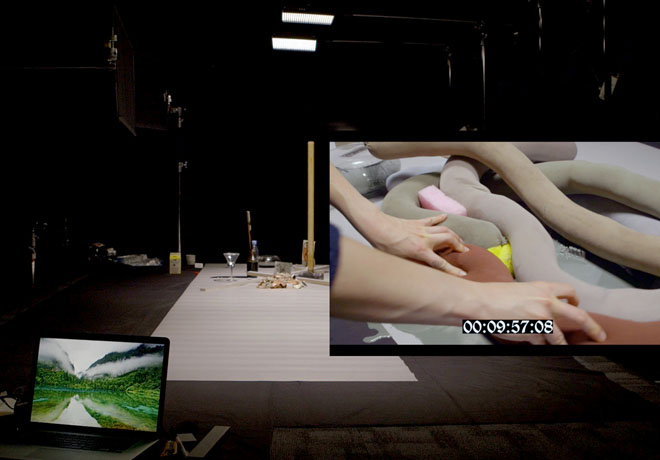 Synopsis
Through these gestures, a landscape is elaborated, cobbled and moving, which testifies to logics of coexistence with a world squared, certainly, of infrastructures which program and cut out – borders, agencies of human resources, pipelines, networks of surveillance – but also streaked with movements which do not allow themselves to be seized – fugitive migrations, depression, disengagement, occupations, tiredness, explosions, leaks. Movements of beings, things and indecisive matters, which leave their traces and invite to other jumps, always.
Vases communicants points to a world in survival that seeks to ensure its own survival by containing the movements of materials, capital and humans, while assigning each thing to its place: but retention prepares the bursting, and this world leaks everywhere. Edith Brunette and François Lemieux’s research will consist in articulating objects, filmed manipulations and texts in order to narrate in an experimental, poetic and critical way the construction – and the possible deposition – of this world.